Meet AHSN people around the country 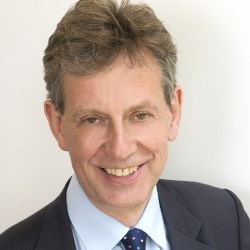 Gary has led the adoption of innovation in stroke care for many years. He remains a practising clinician as a consultant stroke physician at Oxford University Hospitals NHS Foundation Trust. He is also Professor of Stroke Medicine at the University of Oxford.

Gary was Director of the National Institute for Health Research (NIHR) stroke research network from 2005-2013 and is a member of the NIHR strategy board.

He developed the first thrombolysis protocol for acute stroke in England and the Face Arm Speech Test (FAST) now used to increase public and professional awareness of stroke and was awarded the CBE in 2013 for services to research in stroke medicine. In 2018 Gary was identified as one of seven research legends whose work has transformed care in the NHS.

Gary is also a Governing Body Fellow of Green Templeton College, Oxford. He has chaired the Executive Board of the Buckinghamshire, Oxfordshire and Berkshire West (BOB) Sustainability and Transformation Partnership.

Gary was previously Vice Chair of the AHSN Network in 2017/18.