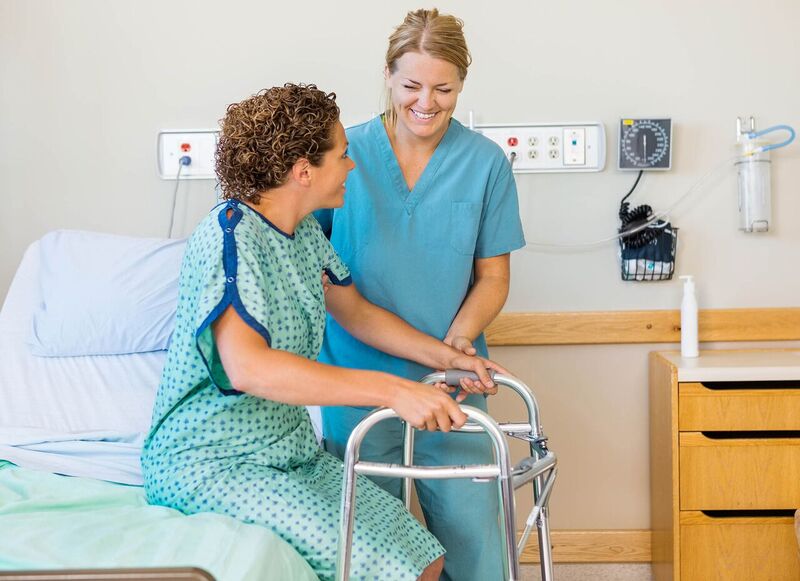 "The AHSN proved invaluable as a networking hub and the ERP collaboratives in particular were brilliant for meeting other clinicians from across the region to share ideas, challenges and successes. ERP is now so embedded as the standard care pathway, we struggle to remember what it was like before!"

Implemented in 16 NHS hospitals and nine independent sector providers across Kent, Surrey and Sussex, ERP endeavours to improve the surgical care pathway by employing a combined total of 25 pre-operative, intra-operative and post-operative measures. Examples of these measures include:

KSS AHSN’s pathway production, data analysis and visualisation, in collaboration with the implementation of ERP measures in hospitals across KSS, have resulted in improved patient experience, reduced length of stay, and fewer patient readmissions after 30 days.

Developed by Professor Henrik Kehlet during the 1990s, enhanced recovery programmes are an attempt to change the physiological and psychological response to major surgery (Melnyk et al., 2011). Enhanced recovery programmes are often targeted towards the fields of Gynaecology (hysterectomies), Colorectal (excision of the rectum), and Orthopaedics (hip and knee replacements).

KSS AHSN has created tools to input patient ERP data, collating the data from the individual trusts and providers to produce comparative dashboards. These dashboards allow providers to analyse patient outcomes measures, and see what percentage of their patients are receiving the full ERP bundle. The dashboards are circulated every month, and each measure reveals the KSS average in order to allow providers to assess up how well they’re doing compared to others in the region.

KSS AHSN were also responsible for setting up collaborative ERP events, allowing trusts and providers to celebrate success, share stories, and refine techniques with peers within the region.

“The concept of the Enhanced Recovery Programme (ERP) is to “Do the right thing, every time for every patient”. This is something staff always aim to do and aspire to. We have enjoyed being part of the programme and making a difference to patients. We have found that ERP provides regular, focussed information to clinical staff on the delivery of key interventions which aids their understanding of how care is being delivered.”
Robin Ufton

At the end of the programme, the clinical and management teams involved in ERP convened and decided that it had been embedded deep enough in the involved organisations that local monitoring would suffice in order to maintain performance. In addition, the relationships built between organisations as a result of KSS AHSN’s collaboration means the exchange of knowledge and methods continues.

Should any other region wish to implement ERP into their local trusts, KSS AHSN would be willing to share further information regarding ERP.

Which national clinical or policy priorities does this example address?
Start and end dates