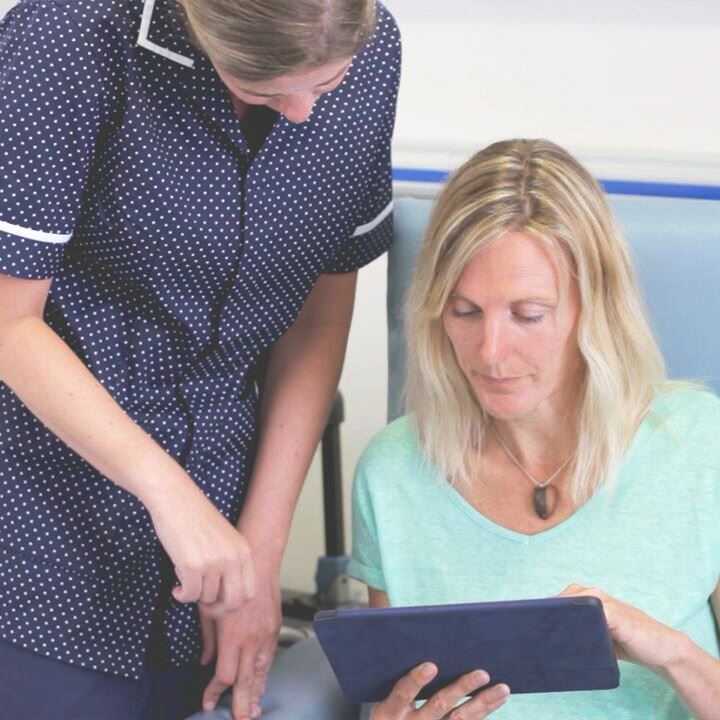 Improving the patient experience with Health and Care Videos

“These videos have markedly improved the consent process and allowed us to cancel the pre-admission appointment with our arrhythmia nurses. We believe this service redesign for the implantation of Linq devices is a step forward and could easily be replicated in other hospitals within the UK and abroad.”
Consultant Cardiologist
Overview

Health and Care Videos has created the largest collection of video interventions in the health and care sector in the UK, supporting patients and carers to self-manage, reducing demand and increasing the capacity of staff.

Their unique library platform, in partnership with Torbay and South Devon NHS Foundation Trust, is used by providers in primary, secondary and social care. All the videos have been written by clinicians, and new content is being constantly created. This accessible and easily understandable advice results in better informed patients and better outcomes. 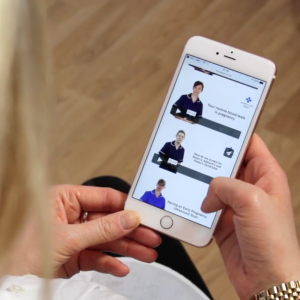 With support since 2015 from the South West Academic Health Science Network (SW AHSN) to help develop the offer, Health and Care Videos now covers the UK and is attracting interest internationally. The SW AHSN is supporting the organisation to consider how best to evaluate its products, as well as its bid to be accepted onto The AHSN Network Digital Health Accelerator.

The videos have the following benefits for patients:

If every hospital in the UK adopted video interventions in just two specialty areas, they could save the NHS over £1.7 million a year.

“The South West AHSN has offered invaluable guidance over the past few years and provided many opportunities to engage, network and learn from a huge variety of health and care professionals. They continue to support the spread of Health and Care Videos both regionally and nationally.” 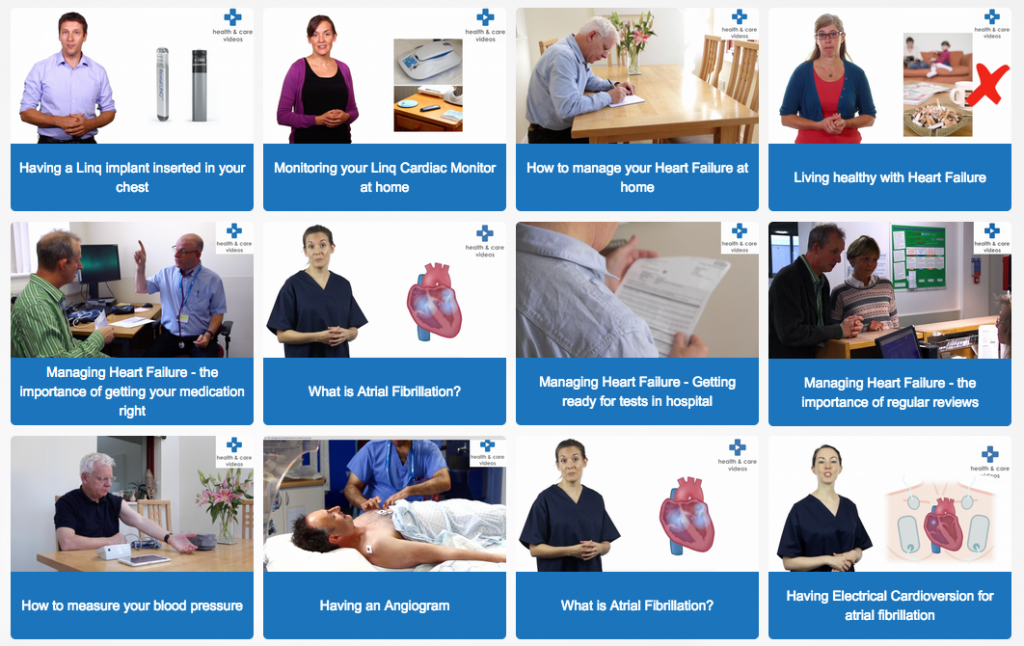 Patients are increasingly taking a greater interest in the management of their condition. They also want to be more empowered to self-care. Health and Care Videos achieve this through the provision of consistent, easy-to-digest health information.

At the same time, there are clinical teams that are looking for ways to free up staff time and implement technology, but don’t know where to start. Health and Care Videos can also help address the pressures on the system including:

“Excellent explanation given in a clear and understandable manner, which is very reassuring. The emphasis is on the patient and the offer of explanations and the encouragement to ask questions is helpful when one is having this procedure.”

Introducing video interventions to care pathways is a simple, cost-effective solution to providing consistent health information and means that clinicians can direct patients to specific videos as part of their treatment plan, or to content related to their condition.

Health and Care Videos has worked with clients to assist in pathway redesign in podiatry, rheumatology, cardiology, physiotherapy, maternity and more. They can tailor the library for a specific service and customise its look and feel, for example making it a seamless part of a GP practice website.

Videos can also be shown on waiting room TV screens and self-care content is shared on social media to help reduce primary care demand. Other examples include:

“The team now direct patients to videos to aid their treatment plan. This saves time as patients are now seen in 30 minutes rather than 40 minutes. Video has helped save paper and improved compliance as patients can watch the videos in their own time, at their own pace.”

Video has allowed medical teams to offer easily accessible and consistent health advice, reduce waiting times and increase staff capacity to see more patients. Better informed patients ask more targeted questions, leading to shorter appointment times, and in some cases remove the need for an appointment at all. Here are some example specialties where video has made an impact:

Historically, pre-admission angiogram appointments were carried out over two clinics and 10 one-to-one consultations each week. By producing one video, ‘Having an Angiogram’, the department now run only two group sessions with 10 patients in attendance. Video has reduced angiogram pre-assessment appointments by 80%.

Patients are being directed to see a podiatrist at one of their community centres, rather than the orthopaedic foot and ankle team, increasing community appointments from 10-30 per month to 150-200. Video has helped to manage this increase in number effectively, while reducing appointment times by 10 minutes. The number of re-dressing enquiries and follow-up appointments has fallen significantly.

Analysis showed the lowest number of attendees of the face-to-face education groups came from the 25–60 age range. Video has helped educate this hard-to-reach group and allowed for the removal of five pre-diabetes appointments a week. It has been integrated into an app that all users said they found useful and 73%would use again.

In these three departments alone, the annual savings from using video have totalled 37 days or £12,633. There have been similar results in maternity and physiotherapy.

Potential cost savings were calculated by logging the time saved from these interventions and scaling them to work out the hours that could be saved per year. The salary used was for a Band 5 nurse and does not include on-costs such as pension or national insurance payments.

If every hospital in the UK adopted video interventions in just two specialty areas, they could save the NHS over £1.7 million a year.

“The video was clear and told me clearly what I need to do before my appointment. It was reassuring that nothing alarming would happen.”

“Really good. I now know exactly what to do. Seeing it makes it more real whereas if we were just told it would have been in one ear and out the other.”

Health and Care Videos are working with a large number of trusts, clinical commissioning groups and clinical research network members across the UK, and have also started talks with organisations in China. The momentum behind using video is increasing and future aims are to continue sharing success stories to gain more interest, especially to commission libraries of patient information. Health and Care Videos’ project team is working with clients to use and deploy more specialty case studies, increasing the variety and richness of the library’s content.

Health and Care Videos formed in 2015 and created a joint venture with Torbay and South Devon NHS Foundation Trust in July 2016.

Making better use of data and digital technology