“The Thames Valley Neonatal Network is delighted to see that there has been a dramatic reduction in preterm babies being born outside a tertiary centre. This is a major achievement in a short space of time and the whole network is to be congratulated on all the hard work and co-operation that has gone into making this project a success."
Dr Eleri Adams, Vice Chair, National Neonatal Clinical Reference Group; Clinical Lead, Thames Valley Neonatal Network
Overview

Research has shown that babies who are born very prematurely (under 27 weeks of pregnancy) are more likely to survive and thrive if they are born in a hospital that has the highest level of specialist neonatal care (a Level 3 unit).

The Oxford AHSN Maternity Network brought together stakeholders from across the region to work together so that more extremely premature babies are born in a Level 3 unit with a region-wide package of improvements put in place. This required a significant shift in working practices from making decisions based on availability of beds/staff to focus on the risks for the mother/baby.

The initiative led to a 50% increase in extremely preterm babies born in a Level 3 unit (up from 50% to 75-80%). It is estimated that as a result of this the lives of four extra extremely premature babies are being saved every year (a 5% increase).

An extremely premature baby (born before 27 weeks) is more likely to survive and thrive if transferred before birth to a specialist neonatal intensive care unit (a Level 3 centre). There was some evidence to suggest that the Oxford AHSN region had lower rates of babies being born in or transferred to a Level 3 unit than in other comparable regions.

Birth in a Level 3 unit is not always possible due to the unpredictable nature of preterm delivery. However, higher birth rates in these units can be achieved through greater consistency and cooperation between maternity units. Allied with the provision of good, prompt evidence-based care when women present with signs of premature labour, improvements in outcomes for mothers and babies can be achieved.

In April 2015, the Oxford AHSN Maternity Network carried out a root cause analysis of all cases of extremely premature birth that occurred outside of a Level 3 unit in the region over two years. The Network then put together a package of improvements to address issues and barriers identified including:

This initiative has led to significantly more extremely premature babies being born in a Level 3 unit, increasing their survival chances. 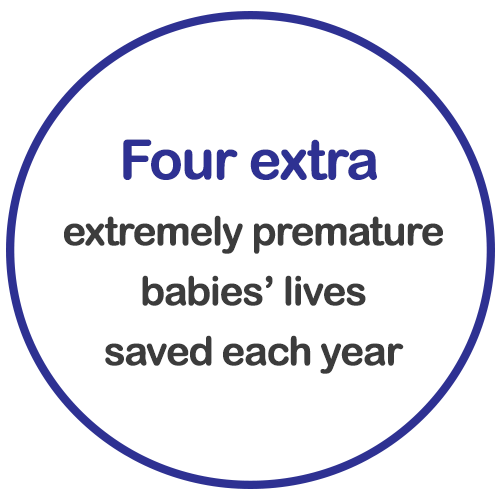 In terms of real lives, the following figures demonstrate the improvement: 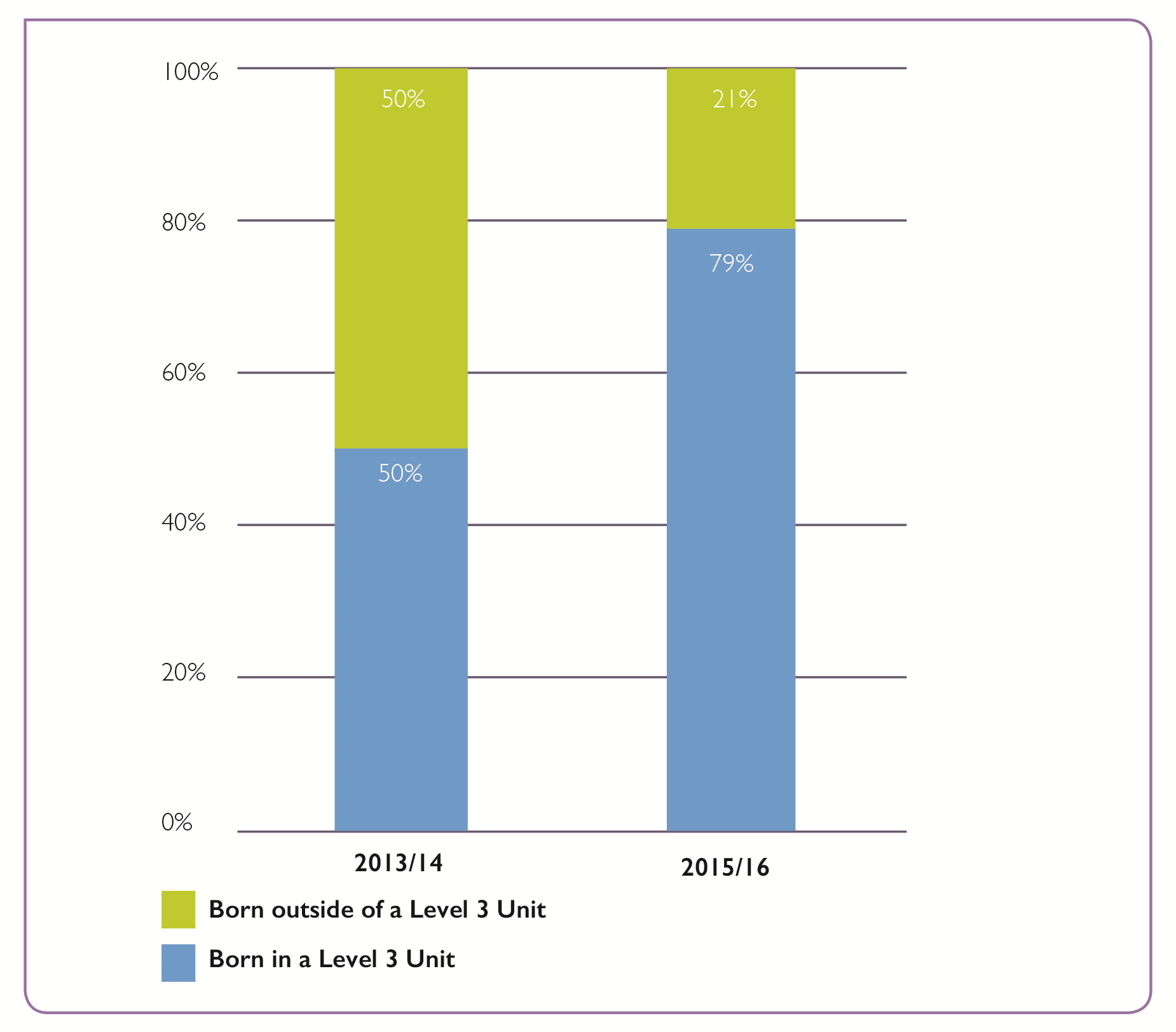 An independent study carried out by the Office of Health Economics and RAND Europe found that the project had led to an improvement in the likelihood of survival of five percentage points (compared to survival rates before the project began), which translates to approximately four additional babies surviving per year. Find out more here.

Additional improvements as a result of the project across the Oxford AHSN region have included an increase in the use of magnesium sulphate for neuroprotection of the baby. This is a drug given before birth which can help reduce potential problems with the baby’s brain as a result of premature birth.

The project is now in a monitoring and supporting phase, to ensure the reforms continue to be effective and embedded in the Oxford AHSN region.

This work has been shared with colleagues within the Wessex and Eastern AHSNs, and has potential to be shared more widely in areas where this issue is a concern. A package is being developed demonstrating the methods used for analysis of cases, the region-wide approach to shared best care guidelines and the method of referring women at risk of preterm labour.


Making sure everyone gets the best start in life