“Lincus helps me track my mood, and work out what triggers my episodes, allowing me to better understand and manage my condition.”
Lincus user with bipolar disorder
Overview

A web based app for improving self-care was developed for use in a telehealth project in Liverpool with funding and collaboration support from the Innovation Agency and is now a NICE-approved Class 1 medical device with 3,000 users in the UK and abroad, and is being integrated into the Diabetes Digital Coach, Internet of Things (IoT) NHS test bed.

Lincus was co-designed by Rescon Technologies with a variety of individuals from athletes through to those with complex health needs, and those that support them, to help track and improve their health and wellbeing using audited data that can be shared with care professionals.

A simple to use web based application, Lincus enables users to record wellbeing data associated with events and interventions to capture a holistic picture of health. This is proving to be a useful tool to support learning disability, homeless and diabetes outreach programmes in local communities.

Lincus is powered by the Rescon Analytics and Visualisation Engine (RAVEN) which processes and sorts data in real time. It has multiple uses ranging from a complete care management platform through to a standalone evaluation tool and has been used in partnership with service providers across six city regions in Greater Liverpool alone.

Rescon currently have 3,000 users with contracts signed for delivery of Lincus to more than 20,000 users by mid-2018.

This project highlighted and successfully addressed a need for culture change to support the spread of apps as tools to improve upon health and wellbeing in the local community.

The project also reinforced the need for continuing to address and identify the multiple technical, operational, resource and cultural barriers to implementing new technology and service solutions in the UK health and social care sectors.

The Lincus service was commissioned across six local authorities but initially there was no traction because service providers didn’t recognise the benefits. It became clear that engagement wasn’t adequately scoped before commissioning took place. A lack of IT infrastructure for the programme was another unforeseen barrier – including a difficulty in sourcing tablet devices on which to use the app and data.

However, the charity Person Shaped Support (PSS) who provide services on behalf of Liverpool Clinical Commissioning Group saw the benefits and provided a team of health trainers who worked with community groups and individuals to encourage uptake.

The support of the Innovation Agency in introducing potential collaborators was pivotal to further spread and adoption of Lincus as the ‘app of choice’ for project led work. Rescon had a series of meetings with learning disabilities charity Hft; Liverpool FC Foundation; Riverside Housing and Liverpool City Council, to progress a variety of sensor, analytic and community health projects. Rescon’s Lincus team then launched the first pilot ‘on the street’ trial for multiple and complex service users in collaboration with the YMCA Liverpool, in August 2013.

During August 2015, Rescon met in Liverpool with the Innovation Agency who became instrumental in supporting Rescon to present at events such as the North West Coast Connected Health Ecosystem events. Rescon also engaged with the West of England Academic Health Science Network and their collaborative partners on using Internet of Things software and service solutions to improve the lives of people with diabetes. Rescon continued to work with both the West of England AHSN and Liverpool City Council to target new Lincus deployments into early 2016.

With the support of a grant from the Innovation Agency’s Innovating for Improvement Fund in 2015, Lincus was commissioned by Liverpool City Council as a tool to improve the health of people with mental health issues and learning disabilities.

In April 2016, Liverpool CCG awarded Rescon and PSS a contract for blood pressure screening and education services within the Liverpool city region. Rescon then began work on the highly successful Healthy Liverpool, ‘Know Your Numbers’ programme with PSS and the CCG, to help identify high blood pressure while educating people on the importance of blood pressure checks.

Since May 2016, Rescon have been a key partner as part of intensive collaborative work for the Diabetes Digital Coach NHS Test Bed – where a suite of mobile technologies such as wearables and smartphone apps were rolled out to 12,000 people with diabetes in the West of England as part of a two-year trial to help patients manage their condition. This was designed to increase adoption of technologies.

Rescon were double finalists in the European Institute of Innovation and Technology (EIT) Digital Challenge which the Innovation Agency supported.

Under direction from the Innovation Agency, Rescon moved their North West office to Alder Hey Children’s Hospital Innovation Hub, where they are working as collaborative technology partners with the trust.

Rescon has been spreading Lincus within and beyond the North West Coast as follows: 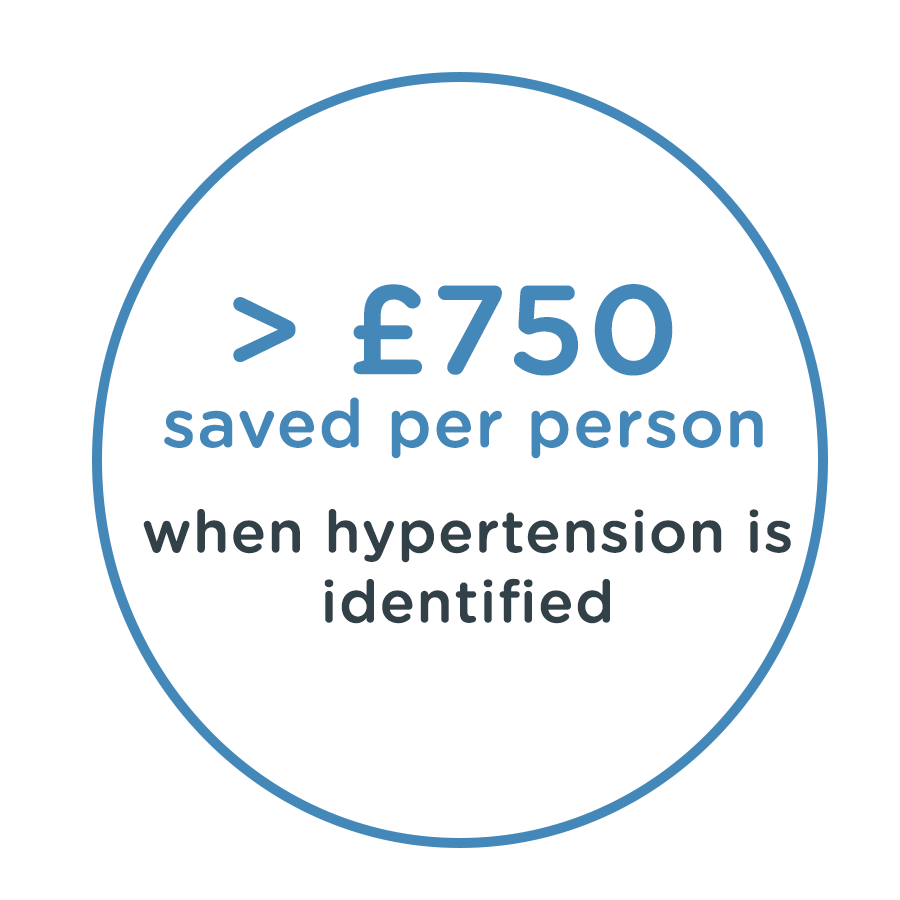 “Rescon proved a great company to work with to develop, and more importantly deploy digital health products in Liverpool. Tom Dawson and the team worked closely with NHS Liverpool CCG and our local community organisations as a partner to develop an effective approach to engaging citizens and promoting a digitally supported self-care. Citizens found Lincus an attractive and useful tool to monitor and report lifestyle.”
Dr Maurice Smith, GP and Clinical Director, Living Well, Liverpool CCG

Plans for the future
Which national clinical or policy priorities does this example address?
Start and end dates