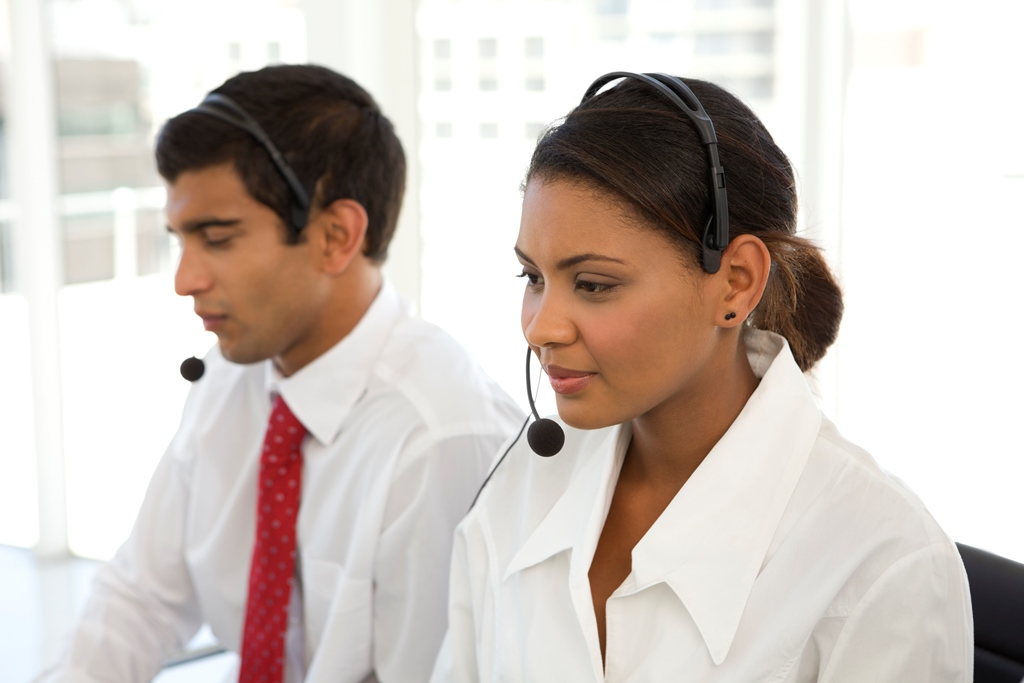 "It is critical that we have effective partnerships with health care providers so that we better understand the reasons why people with mental health issues are coming into contact with officers. Our role is to protect vulnerable people from harm and where necessary to work with other agencies to keep them safe."
College of Policing, 2017
Overview

Mental health and the importance of creating clear care pathways is becoming more and more prominent. It is not only specialist mental health services who come into contact with individuals experiencing mental health problems or a mental health crisis.

Whilst reliable national data is limited, some indication of the demand experienced by police forces in England and Wales, and how this might be changing, can be obtained. There is some consistency across data sources to support the suggestion that whilst recorded crime has reduced, demand experienced by the police force has grown in other ways. Incidents involving people with mental health issues appear to be increasing.

A 2017 report by the BBC highlighted how calls to the Metropolitan Police regarding mental health issues have risen by almost a third in five years.  Figures show that England and Northern Ireland faced nearly 240,000 such incidents in 2016 but there was wide variation across the UK, compared with 86,520 in 2011-12.

Parliament Street’s mental health spokesman, Danny Bowman, said: “These findings reveal the shocking numbers of mental health issues currently being dealt with by police forces across the country. It’s time to recognise that Britain needs a better funded strategic plan to ensure people who are suffering with mental health problems are properly cared for by specialist health services.”

Paul Farmer, Chief Executive of the mental health charity Mind, said it was important that vulnerable people have the right support, including from NHS mental health services.

A Department of Health spokesperson said there had been “major improvements” to mental health support in recent years – including setting up access and waiting standards and increasing spending to £11.6 billion in 2016/17. But the spokesperson said there was “more to do” and that the Government was working with NHS England to improve access to services across the country.

Mental health co-ordinator for the College of Policing, Inspector Michael Brown, said: “It is critical that we have effective partnerships with healthcare providers so that we better understand the reasons why people with mental health issues are coming into contact with officers. Our role is to protect vulnerable people from harm and where necessary to work with other agencies to keep them safe.”

This project was based on a service offered in York where significant benefits had already been realised which followed on from work conducted by Norfolk and Suffolk Foundation Trust in 2014.

Cleveland police experience a large amount of calls per day (1,100-1,200). Around 48% of these calls have a mental health marker. When the police are using the “THRIVE” risk tool, a mental health marker can influence the priority a call is given, and any police action taken. Lack of timely information and advice can mean Police can be deployed to events which do not require Police presence or inappropriate intervention is used, eg individuals being held under S136 when they don’t need to be, or individuals are taken to Accident and Emergency Department (A&E).

Research indicates that the majority of crime types are influenced by some degree of mental health- whether it is the reason for committing crime in the first instance (ie stealing in order to sustain a drug or alcohol addiction) or a common determinant when assessing the propensity to become a victim of crime. It is also apparent that complex police matters such as Human Trafficking, Child Sexual Exploitation and Modern Day Slavery also conceal a multitude of mental health concerns.

A two-week pilot was also conducted in the Cleveland area during September 2016 where the validity of an extended pilot was tested. The pilot showed significant benefit to all partners involved but especially to the individuals that it served. Based on a few other police forces around the country that have similar functions but innovative in sense of wrap around support from other mental health services – fully connected service.

Scope was in addition based on national data published by the College of Policing in 2015.

The aim of this project was to deliver an improved service and improved patient pathways for individuals experiencing crisis where Mental Health issues are a contributing factor.

Individuals that fall in to this category include:

Aims of this project also include:

The objectives of the project were to assess if implementation of approach would:

Project bid assessed as fitting the national patient safety priorities at the time of submission and PSC NE&NC provided a £40,000 grant to support the initial pilot year of the project.

Governance and reporting mechanisms were established with the local Crisis Care and Prevention Concordat.

The project had clinical involvement from the Street Triage Team and a Mental Health Nurse was stationed within the Police Force Control Room. The nurse offered training to police staff to equip them better to identify Mental Health issues in the first instance and offer expert Mental Health advice to officers on the ground by accessing the Mental Health trusts’ patient records directly from the control room. They also provided expert advice and guidance on the mental health and mental capacity act.

The project supplemented the Street Triage Team who were initially used at the start of this project as they already had strong established links with the Police due to collaborative working out in the community.

If an individual was referred to another service, this was monitored to make sure that the individual was engaging, and the service right for them. If they had not engaged and are dealt with through the control room again then alternative support was offered. VCS organisations committed to feeding back any instance where an individual was not engaging with a service if they have been referred by the Street Triage Team. Force Control Room Mental Health Co-ordinator (FCRMHC) also liaised with the communities and partnership team as well as social services who could arrange a house visit to establish why engagement with the service was not possible.

With the FCRMHC being stationed within the FCR they are on hand and can provide advice at the point of contact with the control room. This means that the police have almost instant access to relevant mental health information such as diagnosis, medication information, key contacts, risk – relating to the individual or others.

The FCRMHC also has direct access to the STT where previously only Cleveland Police could refer to this team. After initial contact with the control room, the advisor/street triage team conduct a follow up with the individual within two days to make sure the individual is no longer in crisis. If they are still in crisis then appropriate pathways to services are initiated. This follow up is aimed at reducing potential for admission/re-admission to A&E for behaviours such as self-harming.

This follow up also offered chance for public engagement and feedback. Throughout the project, public opinion was sought as to how well the teams responded to the call (speed and ability to deal with the situation), whether the services that were offered were appropriate and able to meet their needs.

The following data was captured by the Mental Health nurse as well as the organisations collaborating with the project (Police and VCS).

Based on the information collected calculate cost savings/avoidance based on information that is available nationally, for example:

This is a basic example as during the two weeks mini pilot the Mental Health nurse responded to 130 calls of which 78 were identified as self-harm. Out of all 130 calls there were only five A&E referrals; however a potential 78 individuals could have ended up at A&E for self-harm.

If this was the case, then the saving would have been:

The above example is a rough guide as there is no guarantee that the 73 individuals would have attended A&E. 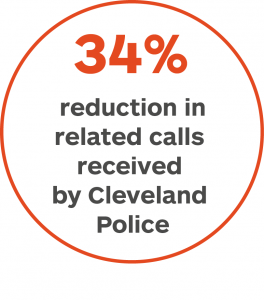 During the initial pilot year, data was collected by both the Cleveland Police Force and the Mental Health Teams and an evaluation has been conducted.

The evaluation has shown that the number of S136 detentions undertaken by Cleveland Police has reduced for another successive year – building on successes from the previously established STT.

There has been a 34% reduction in the number of related calls that Cleveland Police have had to respond to reducing police time taken on this. For those calls that the police do still respond to, officers have feedback that they feel much more confident in dealing with the situation when they arrive due to the wealth of intelligence and support and training that they receive from the FCRMHC.

There has been a reduction in the number of A&E attendances related to police conveyed individuals.

Crisis teams have reported additional benefits as earlier intervention and advice given to police has avoided individuals being brought to crisis assessment suite and avoided unnecessary admissions.

All new recruits to Cleveland Police Force since October 2017 have received training from the FCRMHC.

An HMIC (Her Majesty Inspectorate of Constabularies) inspection was undertaken of Cleveland Police and the inspectors were impressed with mental health response that was provided locally.

There is a potential connection between this and the Serenity Integrated Mentoring (SIM) programme, one of the AHSN Network’s national adoption and spread programmes.

There are a few other police forces around the country that have similar functions but not the wrap around support from other mental health services. This approach has through the project been evidenced to work effectively and there is a clear indication that this could be effective in other forces across the country improving the service they already have or shaping a new service.

There is a joint collaborate meeting between different forces within the region (Durham, Tees and York) where best practice is shared.

The project and the outcomes have been shared via the joint working group. In addition, there have been organisations visiting from other areas to better understand the service and how well it works.

There are further communications being published to highlight successes and the good news that following assessment of benefit funding has been secured to extend the service for another six months. Spread will also be through case studies that are presented in various forums including Prevention and Crisis Care Concordat, Suicide Prevention Taskforce and the Project Team have entered related awards to help spread the approach and outcomes.

Patient Safety Collaborative NE&NC have connected the Project Lead with AHSN NE&NC’s regional lead for the SIM Programme being rolled out by the AHSN Network nationally. Approach presently being considered for regional roll out across other forces and potentially other emergency services control rooms with alignment to SIM.