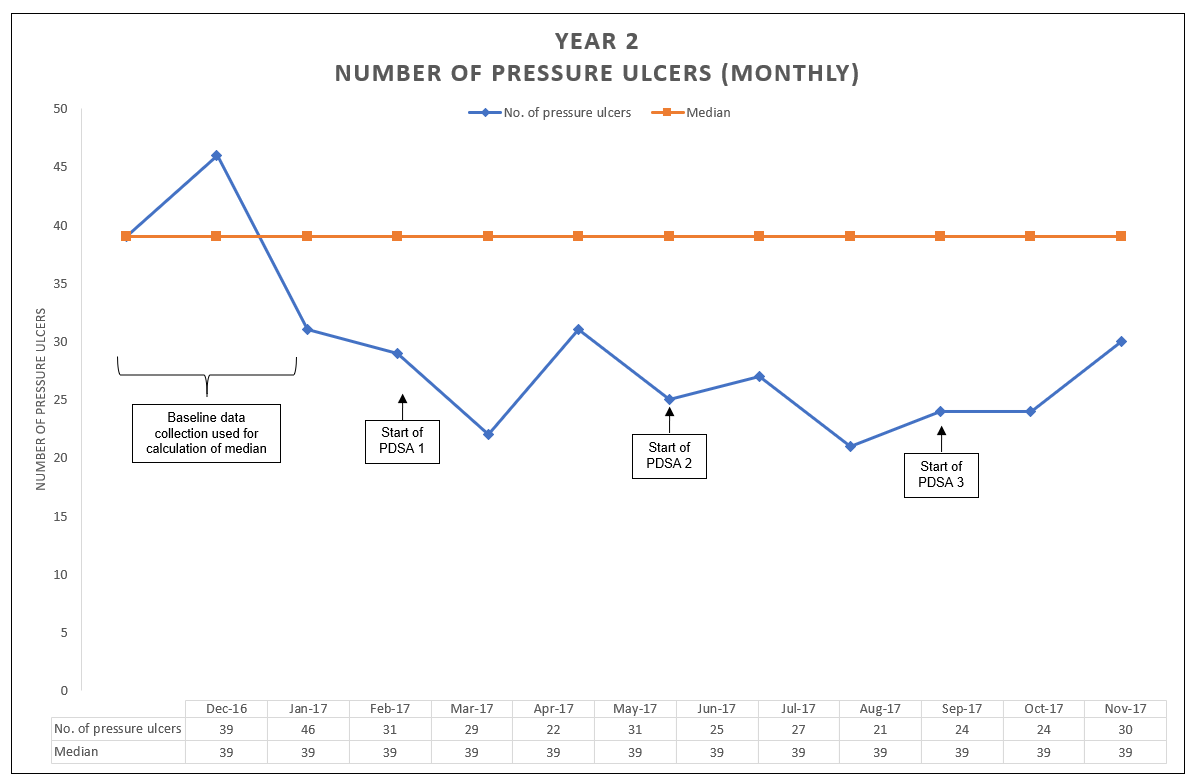 Reducing the percentage of pressure ulcers across multiple care settings 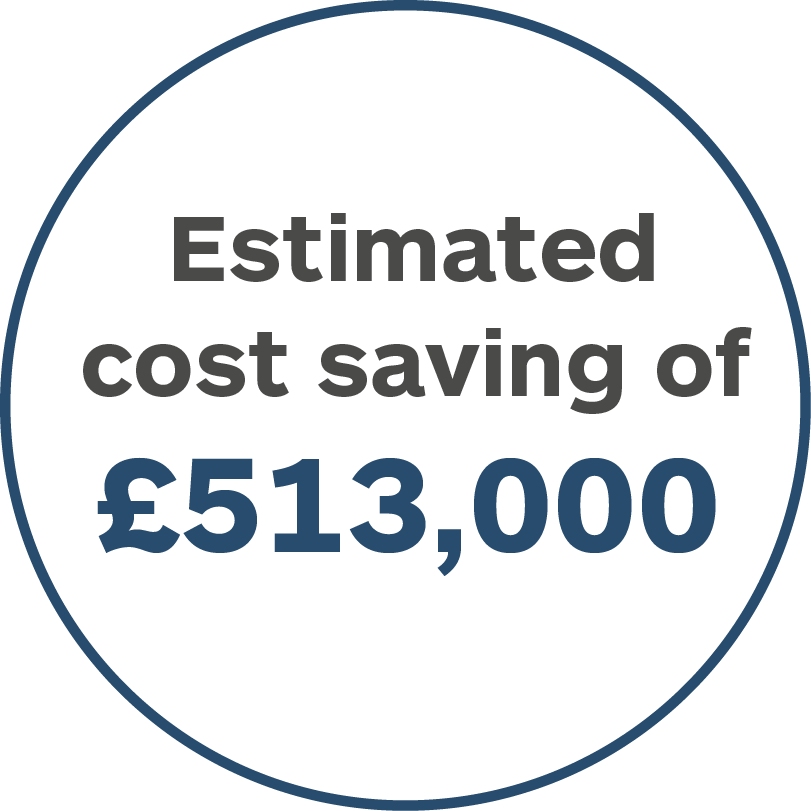 This work aimed to reduce the percentage of pressure ulcers across multiple care settings in NENC where the incidence of pressures ulcers was higher than the national average (1).

The PSC funded and supported a two-year Pressure Ulcer Collaborative (PUC), involving secondary care, community services, care homes and the ambulance service, where they had been developed by patients within their care.

The Breakthrough Series Collaborative Model from the Institute for Healthcare Improvement (IHI) (2) provided the implementation framework.

The PUC’s ambition was to reduce the percentage of pressure ulcers in participating teams across the NENC areas by:

Pressure ulcers are an unwanted and often avoidable complication of care (3, 4, 5, 6) that affect over 700,000 UK patients per year (3). They are a common occurrence, particularly in patients whose mobility is limited due to illness, severe physical disability, or increasing frailty (4, 7, 8). Pressure ulcers can lead to increased mortality, morbidity, and reduced quality of life for the patient (16).

In addition, they represent a substantial financial cost to local NHS trusts and care providers. In 2015, the cost per pressure ulcer was estimated to vary between £1,214 and £14,108 depending on its severity (7).

Given the often preventable nature of pressure ulcers, the occurrence of this harm to patients is a key indicator of nursing standards (10). 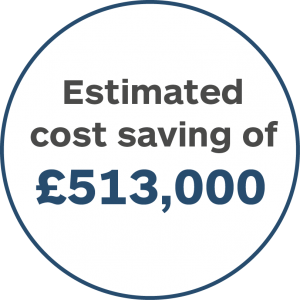 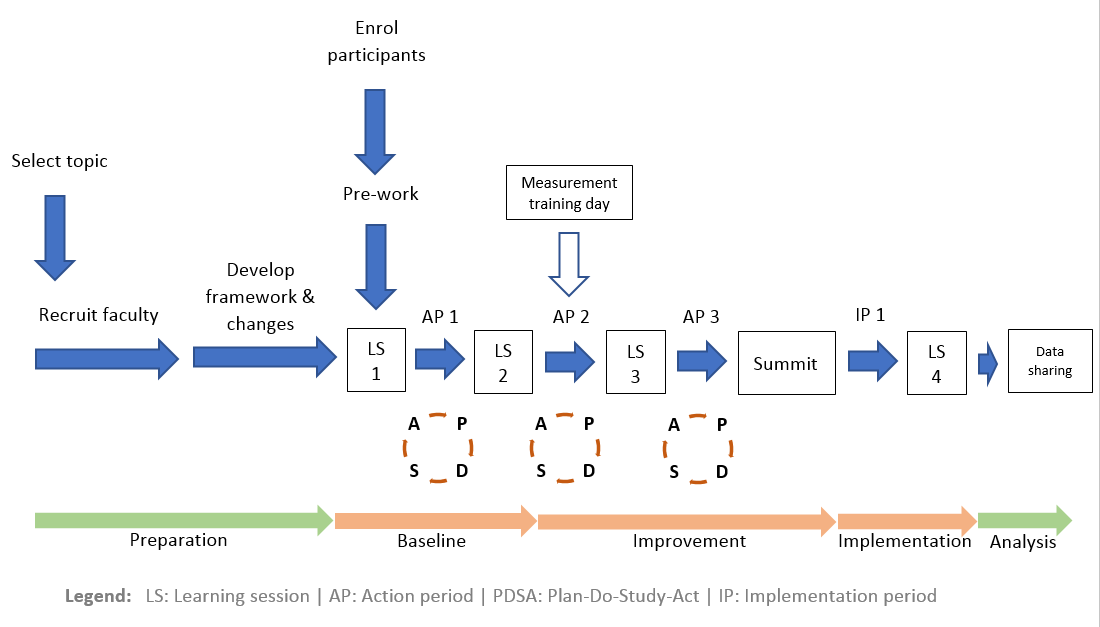 The BTS Collaborative framework recommends that collaboratives should range in size from 12–160 organisational teams, with short-term interventions being implemented over a 6 – 15 month period (2). As Figure 1 highlights, participants attend three learning sessions during the lifespan of the collaborative, and implement their learning between sessions, using the Model for Improvement methodology, shown in Figure 2.

Figure 2: The Model for Improvement

This Collaborative was initially planned to run for one year, however, it was felt that there was scope to build on the learning so it ran for a further year.  A six month gap between year 1 and year 2 allowed for recruitment of teams and gave them the opportunity to collect their baseline data.

Information days were held, before the start of each Collaborative year, and representatives from all trusts were invited to attend.   Learning sessions were delivered in the North East during each year of the Collaborative.

Teams involved in year 2 received a copy of ‘The Improvement Guide: A Practical Approach to Enhancing Organizational Performance’ (11), as well a process mapping guide developed by the Academic Health Science Network for North East and North Cumbria.

PDSA cycles were held, and resulted in:

Teams being asked to use the Institute for Innovation and Improvement (2007) Sustainability Model (14) to assess the likelihood of sustaining their changes, and from this identify areas which needed further attention. Action plans were subsequently developed to remove/reduce the barriers/challenges identified.

Pressure ulcers are graded with increasing severity from categories 1-4, according to the European Pressure Ulcer Advisory Panel classification system (15).  Teams were not asked to specify the grade of pressure ulcer to simplify the data collection process by teams. In year 1 teams were asked to submit the number of pressures from grades 1–4, and in year 2 grades 2–4. This change was made in year 2 because some organisational policies did not require teams to collect grade 1, and therefore aligning the data collection to that already in place simplified the process.

Collecting the number of pressure ulcers enabled cost impact and bed days saved to be calculated.

Cost impact – this was assessed using the Department of Health and Social Care Pressure Ulcer Productivity Calculator (16). The calculator attributes a cost to pressure ulcer care based upon the grade of the ulcer and the accompanying complications that arise. As pressure ulcer grades were not recorded by teams for this Collaborative, it has been impossible to identify actual cost. However, an estimate can be gained if all costs are based on grade 2 pressure ulcers using, for each year, the three month baseline data collected and the final three months data collected. Note: The Pressure Ulcer Productivity Calculator is based on the estimated cost of pressure ulcer care at 2008/09 prices, the cost will now inevitably be higher. Costs are based on grade 2 pressure ulcers. The cost for a grade 1 pressure ulcer is minimal (approximately £1,000) compared to that for grades 2, 3 and 4 (approximately £3,000, £4,000 and £5,000 respectively), and it was therefore felt that basing this calculation on grade 2 pressure ulcers would provide the best estimate, although it is acknowledged that this is imprecise.

Survey evaluation of approach adopted – staff were asked to complete a survey, which sought to gain both quantitative and qualitative feedback. 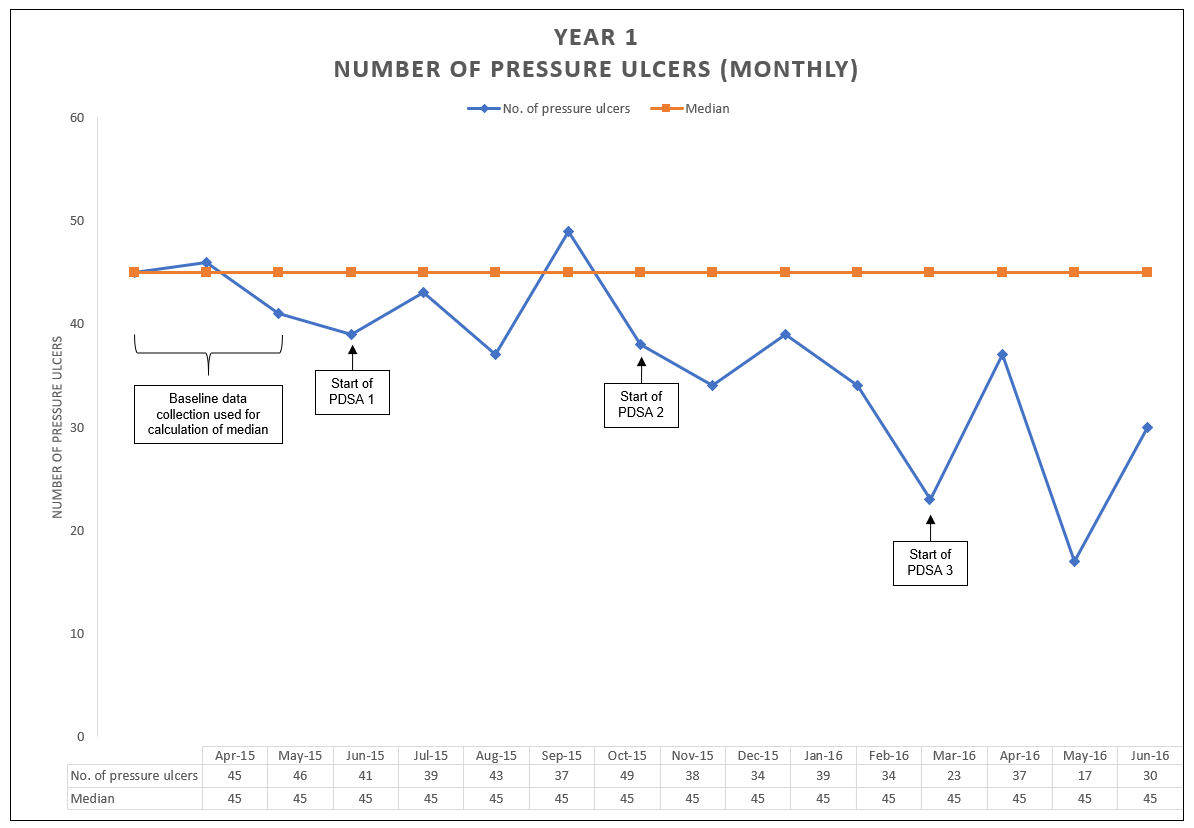 Figure 3 demonstrates that following the baseline data collection period there is a ‘shift’ (which is where there are 6 or more data points below or above the median line). Therefore, if the assumption is made that the baseline data is random, this graph suggests special cause variation, where the changes implemented have generated a change which is sustainable over time.

There are reasons which could possibly be attributable to the reduction from January 2017. An engagement event was held not long before the start of the baseline data collection period, where the success stories from those involved in year 1 were shared. Some teams may have taken this learning and implemented changes before the start date of year 2. Also  8 of the 13 organisations involved in year 1 went on to take part in year 2. Although the majority of teams within these organisations changed in year 2, there may well have been some internal organisational dialogue/sharing because of increased interest gained at the engagement event, again resulting in changes being implemented before the start of year 2.

Design of the collaborative

Driving down the cost of care Improving patient outcomes