Fewer residents are suffering urinary tract infections (UTIs) following the introduction of a hydration programme in care homes. UTIs are closely associated with dehydration. The Good Hydration! project was designed to encourage residents to drink more fluids with the aim that this would lead to fewer UTIs requiring medication or hospital admission. This approach involved introducing structured drinks rounds seven times a day, designed and delivered by care home staff.

This initiative was developed by the Oxford Patient Safety Collaborative and East Berkshire Clinical Commissioning Group. Across these care homes there was a 36% reduction. The number of UTIs requiring antibiotics also fell by 58% with the frequency of UTIs dropping from one every nine days to one every 80 days. One residential home was UTI-free for 243 consecutive days. Skin integrity also improved and GP calls fell. These improvements have been sustained.

The Good Hydration! approach quickly spread to six more care homes in east Berkshire and three in Oxfordshire – making 13 in total. Plans to implement Good Hydration! programmes are also being developed in Luton, Milton Keynes, Berkshire West, Swindon, Coventry and Rugby with more regions expressing interest.  Project resources, including a series of animated videos, have been developed and shared to spread the learning among care home staff. The Good Hydration! project has won a number of national prizes and awards. 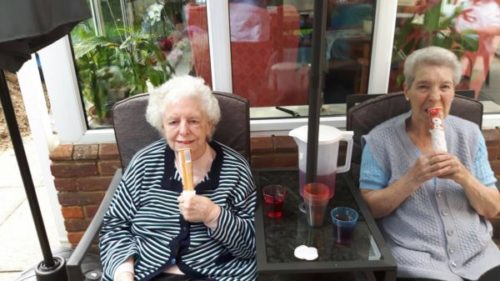 Dehydration is one of the most common causes of admission to hospital for care home residents. One in four nursing home patients admitted to hospital is dehydrated. Dehydration increases the risk of urinary tract infections (UTIs) which can lead to multiple complications including confusion, falls, acute kidney injury and hospital admission.

To address this it began building relationships initially with Windsor, Ascot and Maidenhead Clinical Commissioning Group (now East Berkshire CCG) and residential/nursing homes in their area.

A pilot project was established in 2016 with four care homes in east Berkshire with a total of 150 residents. These homes had above average hospital admission rates for UTIs over the previous three years.

A PDSA cycle was applied: 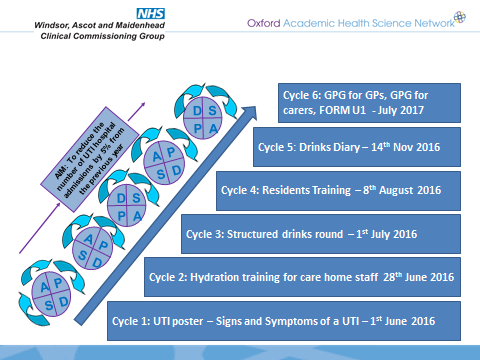 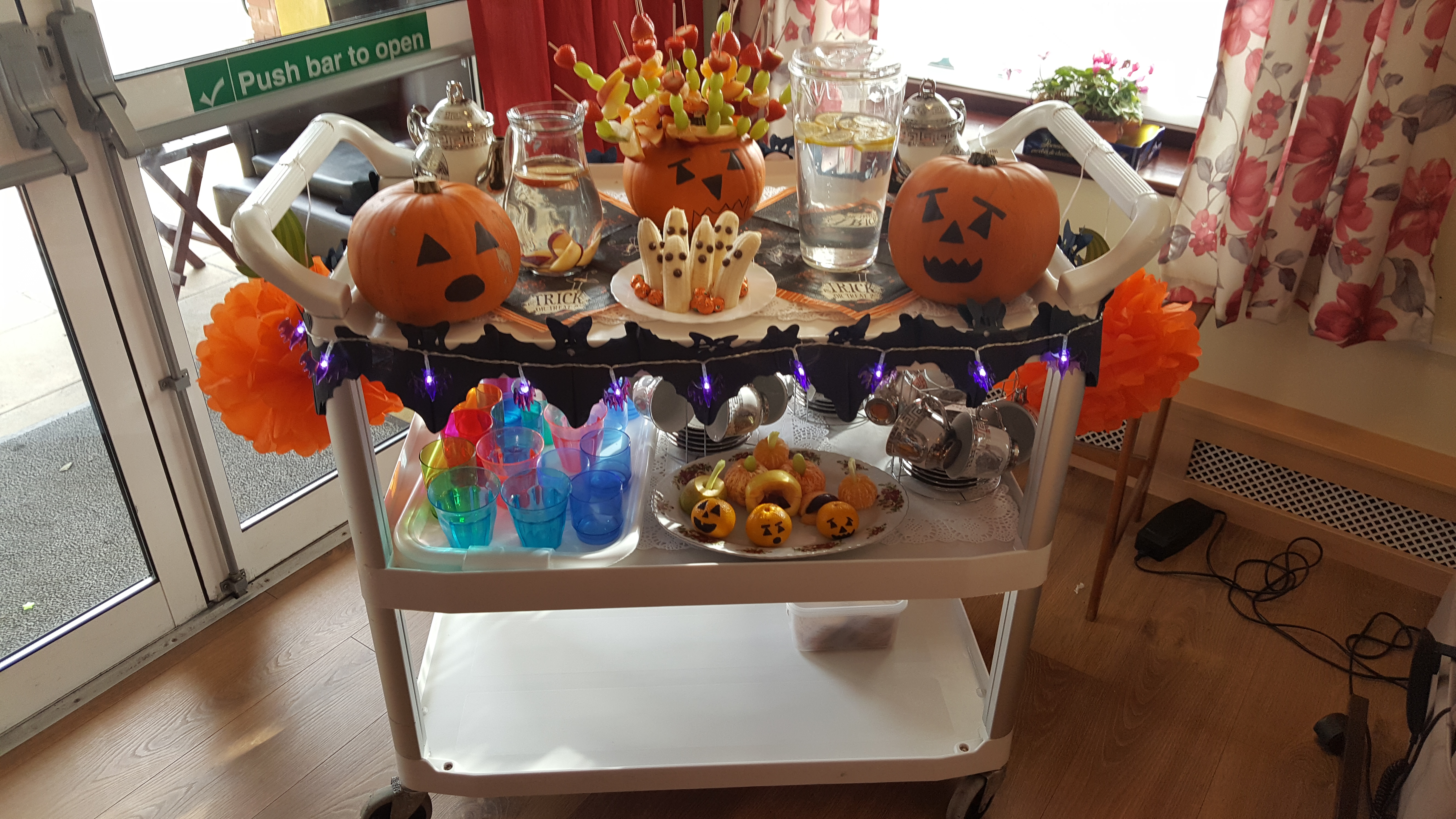 The initial target was to reduce UTI-related hospital admissions year-on-year by 5%. In reality the results were far more impressive. Across the four care homes in the pilot there was a 36% reduction. with just four UTI-related hospital admissions in the first nine months of 2017/18. UTIs requiring antibiotics also fell by 58% with the frequency of UTIs dropping from one every nine days to one every 80 days. One residential home was UTI-free for 243 consecutive days.  Skin integrity also improved and GP calls fell. These improvements have been sustained.

The four pilot care homes also demonstrated sustained compliance with the commitment to provide seven structured drinks rounds each day. Qualitative data from a focus group of managers and staff indicated that residents were more alert and willing to participate in activities. One resident who had had recurrent UTIs every six weeks was UTI-free for eight months after getting actively involved in the project and recording their food and fluid intake in a diary. His mobility and social interaction improved as a result too.

The Good Hydration! project has won a number of national prizes and awards:

“I like all the choice and I’ll carry on having the cold drinks in the winter too..”

“The training has given us understanding of why it’s important to ensure that residents have enough fluids – it’s looking at the whole system, not just a drink.”

“It’s going great here. We’ve gone from a UTI every three days to some months when we have none at all.”

“We’ve demonstrated that introducing structured drinks rounds and educating care staff around the importance of good hydration improves patient outcomes and significantly reduces risk of urinary tract infections. That’s really good news for residents who are less likely to spend time in hospital or take additional medication as a result.”

“This project shows how seemingly simple interventions and a consistent, collaborative approach can make a real difference to patient outcomes and experience of care.”

“This apparently simple project has such a positive impact on patient outcome and is an impressive example of how a simple idea could have a huge impact beyond what the team hoped to initially achieve.”

Kent, Surrey and Sussex AHSN has a hydration in care homes programme. For more details read the case study.