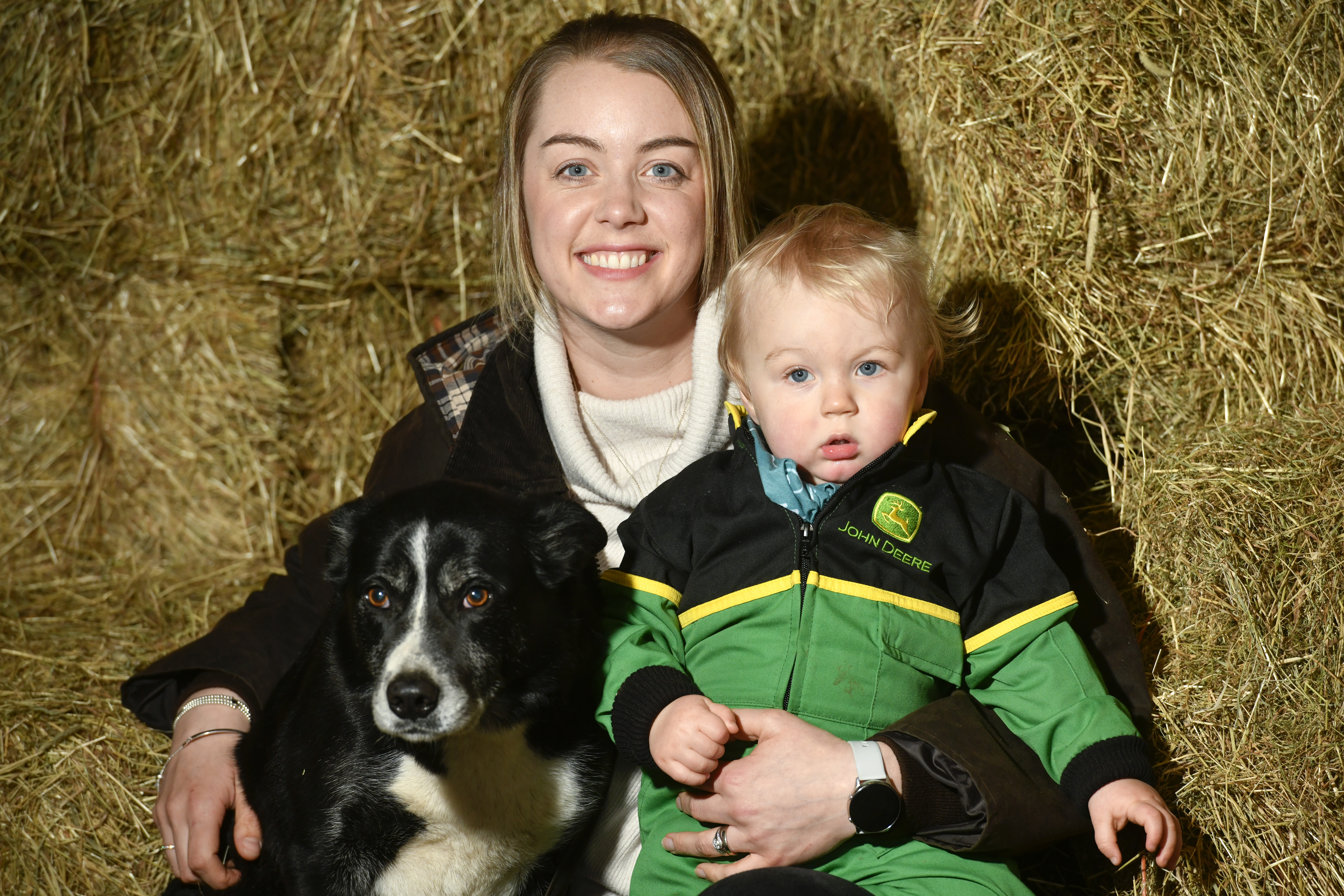 A 34 year old Irish woman living in Carlisle spent three days in pain before she realised she had had a heart attack.

Ciara Wannop was 26 weeks pregnant and assumed it was heartburn which was causing pain in her chest and breathlessness.

It started on a Friday afternoon with indigestion-like pain and worsened that night and over the weekend while she helped on the family farm, mucking out her horses’ stables and walking the dogs. When she returned to work on Monday as a pharmacist at Cumberland Infirmary, part of North Cumbria Integrated Care, she asked her medical colleagues for help.

Ciara was immediately sent for an angiogram, a procedure in which dye is injected into blood vessels while in a scanner, which confirmed a heart attack. This showed a blood clot blocking an artery and an extremely high-level of cholesterol – 10.8 – was causing 80% blockage of her coronary arteries.

Advice was taken from experts at heart centres in Manchester and Newcastle and within a couple of hours Ciara was in Newcastle’s Freeman Hospital, undergoing an angioplasty, to clear the blockage and insert a stent – a tiny tube to keep the artery open.

During her three days in hospital she was found to have very high cholesterol and referred to the RVI Lipid and Metabolic Clinic which arranged genetic testing to confirm Familial Hypercholesterolaemia (FH), a genetic condition which meant she was born with an abnormal level of cholesterol in her blood.

She was prescribed statins but was not able to start taking the cholesterol lowering tablets while pregnant or while breastfeeding her new son Odin, so the treatment was deferred until early 2021. Since then, her cholesterol level has fallen to a safer level of 6.0.

Ciara said: “I was really, really lucky and I know that in a way, I was saved by Odin because being pregnant in addition to having the blocked artery triggered the heart attack – and I wouldn’t have known I had FH until much later otherwise – when it would probably have been much worse.

“When I was having the burning pain in my chest I didn’t consider for a minute that it was a heart attack; I was fit, going to the gym and continued horse riding while pregnant; I had never smoked and ate healthily – and I was only 34. Even my doctor friends and my midwife didn’t think it was a heart attack.

“It shows that just because you are healthy and fit doesn’t mean you are safe; you could be a professional athlete and not realise you have FH and a dangerously high level of cholesterol.

“It was the worst time of my life when I was told there was a problem and it might have been a cardiac abnormality; I was worried when I was told it could be a coronary artery dissection and I would have to give birth at 26 weeks; it was very scary. When I was told it was a heart attack it was actually a relief.”

Ciara was questioned about her family history and after consulting relatives at home in Ireland she discovered that not only did her dad have a heart stent and was on medication for high cholesterol; seven out of his nine siblings and their mother were also taking tablets to manage high cholesterol.

Ciara’s 31 year old sister took a test and found she had FH and is now taking statins; some of her 32 cousins have been tested and so far two of them, both in their 20s, have been identified as having FH.

“I know that I was really lucky that FH was discovered and I was looked after in an unbelievable way, everyone was brilliant in Carlisle and in Newcastle.

“After the procedure I went for cardiac rehab in Carlisle and they had never had a pregnant patient before, there were no studies about FH in pregnancy and in providing rehab, but the cardiac rehab team were fantastic, they helped me get my confidence back to start exercising again and they kept doing check-ups and keeping a close eye on me.

“I was amazed when I discovered how many of my family were on statins; no one talked about it so no one realised there were so many with high cholesterol. Now that we know, we can get our children tested and if they have FH they will be able to control it.

“The genetic test is free in the UK so there is no reason why you shouldn’t be tested. In Ireland where my family live they have to pay for it which is why my cousins haven’t all had one yet but I really hope they do because it could save their lives.”

It is thought that one in 250 people will have FH – of whom just eight per cent have been diagnosed.

Sue Musson is an FH Nurse Specialist with the Northern Genetics Service whose role is to help identify people with FH, by offering tests to the relatives of diagnosed patients.

Sue said: “If you have FH it means that your level of cholesterol in the blood is double what it should be from birth.

“We can treat people from the age of 10 so that they will never suffer blocked arteries; when an artery narrows, clots are formed and these can break off and travel to the heart or brain, causing a stroke.

“Usually a person with FH is in their 40s or 50s when they have a first heart attack or stroke and then they get a test which shows they have a treatable condition. If they had been tested earlier, the damage and possibly death could have been prevented.

“I love my job, it is very rewarding to be able to prevent cardiovascular disease. It is sad to do a family tree and find that someone’s dad or auntie had died from a heart attack or stroke which could have been easily prevented with a statin. It is nice to be able to offer the test to younger family members and identify FH because it means we have prevented cardiovascular disease, potentially saving their lives.”

A new national programme has been launched by England’s 15 regional Academic Health Science Networks (AHSNs) and NHS England and Improvement, to raise awareness in primary care of FH and other inherited cholesterol conditions for which effective treatments are available. The aim is to increase cholesterol testing and make the best use of lipid lowering treatment, based on NICE (National Institute for Health and Care Excellence) guidance.

Dr Joe Chidanyika, the national Lipid and FH programme manager for the AHSNs, said: “We have an opportunity to save many more lives both within primary and secondary care; undetected high cholesterol and FH are silent killers which can easily be identified in childhood or at any point in someone’s life, through a simple health check or searching GP records for previous test results in people who are at high-risk of cardiovascular disease.

“As well as recommending lifestyle changes to reduce risks, we have a growing range of medications available, which can control cholesterol levels and prevent the blocking of arteries that can lead to strokes and heart attacks.

“Our aim is to identify and treat many more people who are unaware they are living with a time bomb – to beat this silent killer.”

Find out more about our national Lipid Management and FH programme.