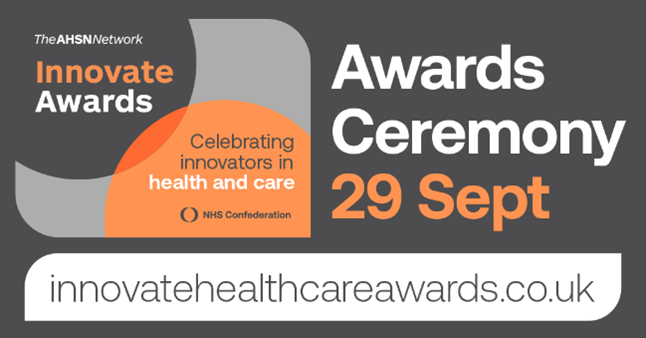 The finalists for The Innovate Awards 2022 have been revealed following a rigorous round of judging over the summer.

In its inaugural year, The Innovate Awards saw a grand total of 194 entries from health and care teams across the country covering ten award categories. The ten eventual winners will also compete for ‘Innovation Champion of the Year’ to be announced on the evening of the award ceremony in September.

“Judges across all the award categories have remarked on how impressive and inspiring the work contained in these submissions has been. It has been a delight to see the wonderful efforts taking place in terms of innovation in the health and care sector and it is hugely important to recognise and celebrate this.”

The award ceremony will take place on the evening of Thursday 29 September at the Leonardo Royal Hotel in Tower Bridge, London. Tickets are now available to book here.

The new Innovate Awards are brought to you by NHS Confederation and The AHSN Network.