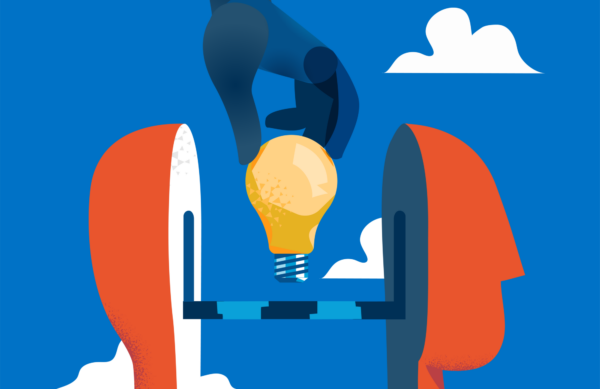 Meet Dr Diana Hodgins MBE, Founder and CEO of Dynamic Metrics Ltd, the owners of GaitSmart. GaitSmart is a portable gait analysis system, which enables data-driven rehabilitation by measuring how people walk. The data is used to provide a personalised exercise programme and engages people to take a more active approach in their rehabilitation and chart their own progress. Read about what Diana has to say on the ‘I can do this moment’, getting people to believe in you and her experiences as a woman in industry.

Tell us about your innovation – what and why?

GaitSmart is a portable gait analysis system, which enables data-driven rehabilitation by measuring how people walk. The data is used to provide a personalised exercise programme and engages people to take a more active approach in their rehabilitation and chart their own progress.

GaitSmart has been developed as a unique measurement system, which understands the boundaries of normal gait movement. It uses a traffic light system which lets patients see how bad their gait is, and a GaitSmart score so they can compare their gait to a healthy one. We supply data-driven rehabilitation, undertaking modelling and identifying muscle activation in order to work out muscle deficiencies. We use this to work out the best exercises to address those muscle deficiencies and we give the patient their report with the recommendations.

We tend to work with older people and those with hip or knee osteoarthritis, because some of those people don’t generally have personalised rehabilitation or the ability to focus their exercise plan on what they need to do.

This intervention is cost-saving and provides bespoke plans and support. To have a person in a care home because they can’t walk it may cost a thousand pounds a week, but this programme costs £67 for four sessions. It’s not a one-off test, it’s cheaper to do four sessions with this, than to go and see a physiotherapist. We’ve seen that people are motivated to follow the programme, which results in less physiotherapy involvement. So it allows people to have dedicated rehabilitation therapy, including before surgery.

What was the ‘lightbulb’ moment?

I’m a scientist and I’ve always worked on research. I’m a sensors expert, and in the early 2000s, I took a view that healthcare needs little devices that will allow you to take measurements with as little intrusion as possible. It wasn’t a light bulb moment, it was an ‘I can do this’ moment. There’s an enormous market for it and we should be applying science because nobody else has done. I’m a scientist, born and bred rather than an entrepreneur, that’s why I do it. I want my science to help people.

Which AHSNs are you/have you been supported by?

What’s been your toughest obstacle to date?

I think the hardest thing is actually getting people to realise why we’ve done this. Normally researchers just do research and then it trundles on to somewhere else and you don’t often see it in fruition. Whereas with GaitSmart, we’ve been quite determined to get it out there.

Understanding the commercial side is a whole new ball game. You need people to believe in you, but you may talk to a physiotherapist, and they may not understand why it could be needed. People have done manual measurements for the last 100 years and to work out if you can walk, they’ll do probably 20 tests on you because they can’t see how your hips and knees are moving. From this raft of tests, they will try and deduce how well you walk. Whereas we just measure; we get patients to walk up and down and that’s it. Getting people to understand why this might be useful and how it can be implemented has been an obstacle.

What are your hopes for the future?

We’ve said a few times that a GaitSmart test should be a part of your health check. Because you don’t change rapidly, you change over time. Problems occur and they get worse bit by bit, and by the time you’ve got either excruciating pain, can’t move or you have a fall, it’s too late to treat most conditions.

Obviously, that’s a long-term goal. Short term, it’s getting it used in the care pathways that we’ve identified. People are starting to listen, but it’s not going to happen overnight.

What’s the best part of your job?

I think the best part is knowing that what we’ve done and what we’ve worked on does make a difference. The best thing about any healthcare intervention is that people forget what the problem was. It’s extremely rewarding when people who used to walk badly or were in pain can now just walk and forget about it. Sometimes we help people who are in their mid 50s or 60s. Sometimes we help people who are 90 years old. It’s really rewarding how useful these people find it.

What have been your experiences as a woman in industry?

I have always worked in a male dominated environment, so I’ve never known anything different. I was one in 100 when I did my degree and I ended up being given an honorary doctorate from the same university 20 years ago because I’m good at my job and I know what I’m doing.

I’ve always tried to think about the problem, not my surroundings. I can’t possibly say I never hit any problems. When this happened, I acknowledged that the person wasn’t going to listen to me and either found another working environment or went to work elsewhere. It’s a little bit better now thankfully.

Try to think about your job and what you do, rather than your gender. It’s easy to start thinking too hard about things, especially when there’s no other women doing what you’re doing. But if you shift your mindset to think about whether or not you can solve a problem and the answer is yes, it’s more important to get on and do it so you can make a difference.