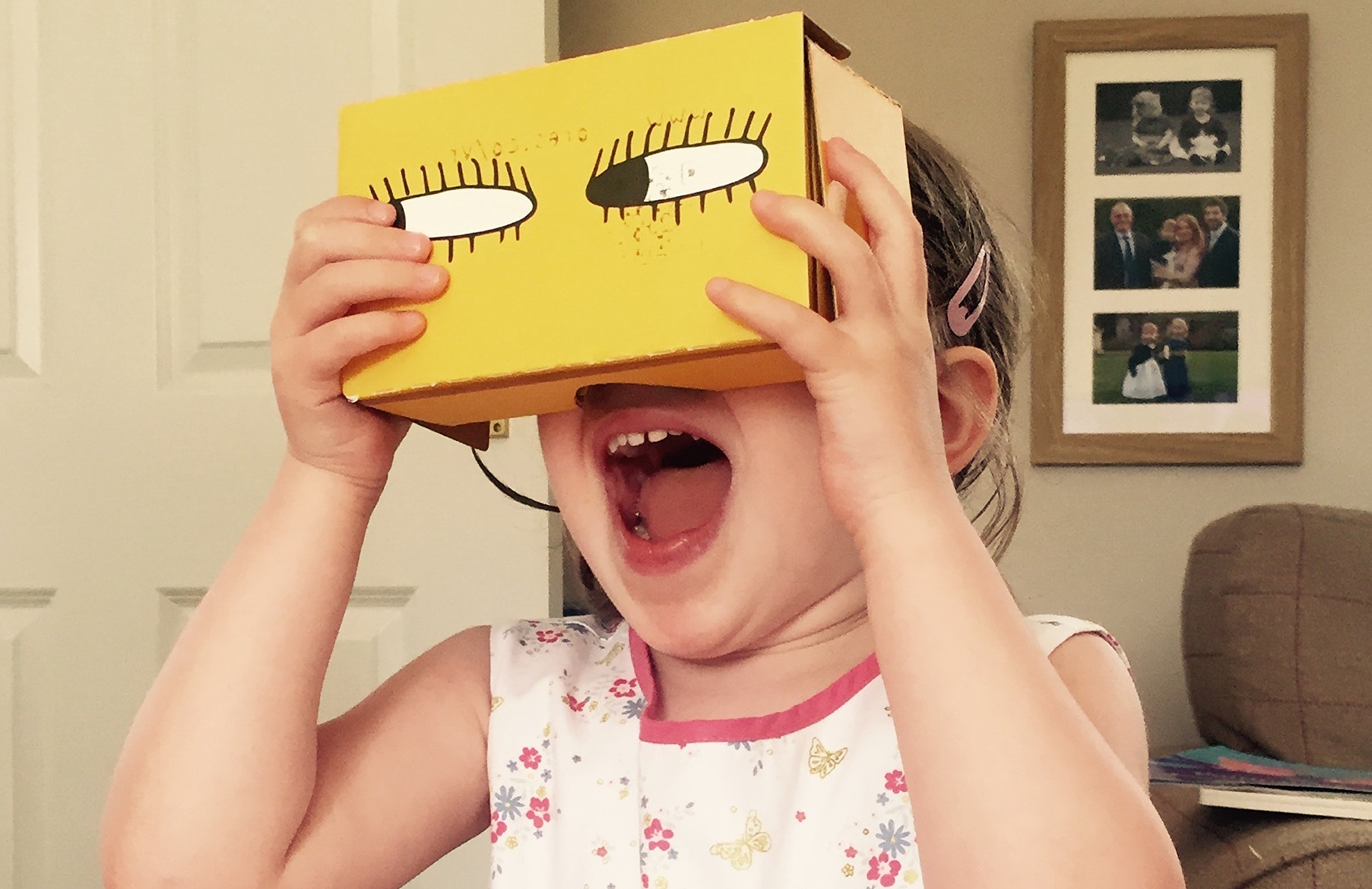 Every year 600,000 children undergo day surgery in NHS operating theatres and up to 75% of them show signs of fear and significant anxiety, leading to worse surgical outcomes. As an anaesthetist, I’ve witnessed the impact of children feeling distressed about receiving a general anaesthetic and helped to deal with the consequences.

When I discovered they were given information leaflets designed for adults, I was determined to find another way — particularly when the literature stated that anxious children need more analgesia, take longer to recover after surgery and face a higher risk of hospital admission.

So, I devised Little Journey, an interactive smartphone app for children to use from the comfort and safety of their own home, which aims to reduce apprehension and improve physical and mental outcomes, all while creating a rapidly scalable intervention across the NHS.

Co-designed with healthcare professionals and families, the app and headset enable children to take a virtual tour of the hospital, play games and watch animations, all designed to help them understand the hospital experience. There’s tailored information for parents too.

The intervention has transformed hospital visits for patients like three-year-old Alexander. He used to get upset even before leaving home, but with the app his dad Matt says, “The effect was transformational. Alexander was excited instead of scared about his ‘big adventure’.”

Little Journey meant that he was very familiar with the process of what to expect, so nothing fazed him. “Not only did this make his experience infinitely better, but it made our experience as parents that much better seeing him happy. If there were any tears, it was when I tried to take the virtual reality headset off him!”

Launched in 2017 as part of a University College London Hospital research study, Little Journey was successfully adopted for patients at Princess Alexandra Hospital, Harlow and more recently at Ipswich Hospital after an AHSN innovation exchange event.

With AHSN funding we have improved the app’s usability, added new functionality, including animations for children undergoing radiotherapy, and become compliant with data protection requirements.

To date, the app has been tailored to over 30 UK hospitals with another 10 at different stages of set-up, and is being used in 24 countries. At present rates, we’ll prepare 6,000 children for operations in 2019, rising to an estimated 30,000 with hospitals adopting it for standard operating procedure and the adoption at new sites, including Addenbrooke’s Hospital, Cambridge, and Norfolk and Norwich Hospital.

It has received plaudits at the highest level with Dr Jacqueline Cornish, NHS England National Clinical Director for Children, Young People and Transition to Adulthood, saying, “The Little Sparks Hospital innovations are outstanding and a perfect example of patient-centred healthcare design.”

As with any innovation, finding early adopters and support, both financial and advisory, from overarching bodies is taxing. AHSN support has been integral to our success.

Find out more at littlesparkshospital.com.

Chris’ innovator story was first featured in the first edition of The Innovators magazine, published by the AHSN Network in June 2019. Read the full publication here.