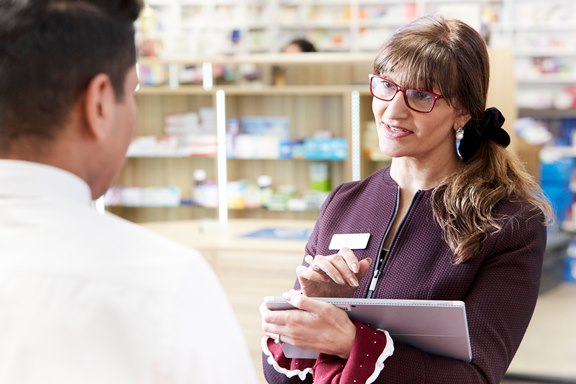 A NHS Discharge Medicines Service has been launched by the Department of Health and Social Care to give patients extra guidance around new prescribed medicines after being discharged from hospital.

Patients who could benefit from additional support after hospital discharge will be digitally referred to community pharmacists, to ease pressures on A&E and general practice.

A recent audit of NHS hospital discharges showed that 79% of patients were prescribed at least one new medication after being discharged from hospital. New prescriptions can sometimes cause side effects, or interact with existing treatments, potentially leading to readmission.

The AHSN Network has been working on Transfer of Care Around Medicines (TCAM) since 2018 – which has enabled suitable patients to be referred to community pharmacists for extra support with their prescriptions after hospital discharge. TCAM has been adopted by 58 hospital trusts in England and has the potential to save £28.8 million in 2020, based on a reduction in length of stay of 113,406 days and 2,007 fewer readmissions.

Bill Gillespie, lead officer for medicines optimisation for the AHSN Network, said: “The AHSN Network in England welcomes the announcement today by the Department of Health and Social Care of the NHS Discharge Medicines Service. We are proud of the role the Network has had in leading the evaluation, spread and adoption of this practice, which reduces patients being readmitted to hospital.

“This work began with the trusts in Newcastle, the Isle of Wight, Merseyside and Cheshire, aiming to better support patients with their medicines on discharge from hospital. The work spread across England – via the AHSN Network – and now over 58 hospital trusts have a discharge service in place (TCAM). Community Pharmacy has acted upon over 40,000 referrals this year alone.

“Special acknowledgement should be made to the hard working teams of pharmacists in hospital and community pharmacy who have worked so hard to ensure the service works well for their patients.”

As part of the TCAM campaign, it launched the Mo’s Medicines: from Hospital to Home short film, which explains the programme and has been watched 60,000 times.

The Discharge Medicines Service will help meet the World Health Organization’s (WHO) goal to reduce severe avoidable harm from medicines by 50% by 2022.