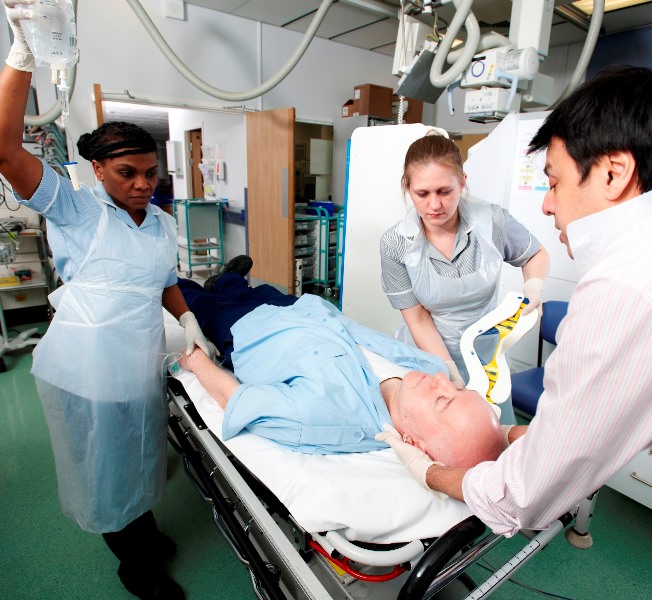 Today, the NHS has launched a tool that for the first time accurately measures the number of patients admitted to hospital who are at risk of sepsis.

Sepsis is a life-threatening condition that claims approximately 37,000 lives a year, although the exact figure is difficult to determine. It is caused when the body responds poorly to a bacterial infection and attacks its own tissues and organs. Sepsis is notoriously difficult to spot because there is no clear diagnostic test for the condition.

For the first time, the NHS will now be able to track improvements – such as rates of survival and length of hospitals stays. Now all hospitals across England are being asked to use a tool which will allow them to identify how many patients are at risk of sepsis.

“The NHS has made huge developments in tackling sepsis but it could still go further.

“Not having an agreed definition of sepsis has made interventions difficult as the NHS has not been able to accurately report how many people are falling victim to this deadly condition or which treatments are most effective.

“That is why it is vital that this tool is used by all hospitals to help ensure that we start reporting the true scale of this life-threatening condition, so that improvements can be made.”

The number of recorded cases of sepsis in the NHS has significantly increased in recent years thanks to better detection and reporting of the condition by NHS staff.

But without a clear consistent definition of sepsis, it has previously been impossible to properly track improvements or accurately report on how many people are falling victim to this deadly infection.

This NHS tool will for the first time measure the number of patients coming into hospital as an emergency with a severe bacterial infection categorised as of “suspicion of sepsis”. Previously the measurement for sepsis has fluctuated but this tool gives serious infections a defined category that all organisations in the NHS will use, identifying patients who should be screened for sepsis and giving clinicians the most accurate picture yet for how many people are at risk of developing sepsis.

“More cases of sepsis are being spotted and treated than ever before and NHS England is working closely with the UK Sepsis Trust and medical leaders on awareness-raising to ensure that the signs of sepsis are spotted as soon as possible. This new dashboard is another valuable tool to help equip organisations to drive further improvements.”

The tool will help spot whether these interventions are having an impact on patients locally, regionally and nationally.

By showing the numbers of admissions, rates of survival, and lengths of stay, it will give clinicians the clearest information yet for which types of infections can cause patients to deteriorate quickly, and which treatments are most effective at saving lives.

The Suspicion of Sepsis (SOS) Insight Dashboard has been created by Imperial College Health Partners (ICHP) through the Patient Safety Collaborative, in collaboration with NHS Improvement and NHS England, and building on the methodology for measuring sepsis previously published by Oxford Academic Health Science Network.

“Sepsis is a devastating condition that is notoriously tricky to diagnose, so I’m delighted to support this important new tool. Not only will it let clinicians understand the impact of different interventions for sepsis, but crucially, in the future it could help analyse which infections lead to sepsis more often. It is yet another example of how technology is improving patient care in the NHS.”